Showing posts from June, 2012
Show all

June 29, 2012
Psalm 139:13-18 (NIV) For you created my inm o st being; you knit me together in my m other's wo m b. I praise you because I am fearfully and wonderfully made; your works are wonderful, I know that full well. My frame was n ot hidden from you when I was ma d e in the secret place. When I was woven together in the depths o f the earth, y o ur eyes saw my unformed body. All the days orda i ned for me were written in your book before one of them c a me to be. How precio u s to me are your thoughts, O God! How vast is the sum of the m ! Were I to count them, they would outnumber the g r ains of sa n d. When I awake, I am still with you. Today is my son's 28th birthday.  Every year I rem i nd him of that wonderful day he was born; given t o us; a gift from God entrusted to us. Father I pray that my husband & I will be able to always instruct our son in the way he
Post a Comment
Read more 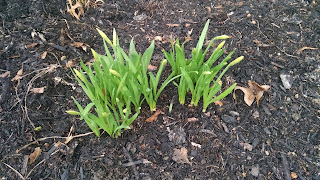 Mark 7:31-38  Then Jes u s left the vicinity of Tyre and went th r ough Sidon, down to the Sea of Galilee a nd into the region of the Decapolis. There some people brought to him a man w ho w as deaf and could hard l y talk, and they begged him to place his hand on the man. After he took him asid e , away f r om the crowd, Jesus put his fingers into the man’s ea r s. Then he spit and touched the man’s tongue. He looked up to heaven and with a deep sigh said to him, “Ephphatha!” (which means, “Be opened!”). At this, the man’s ears w ere opened, his tongue w as loosened a n d he began to speak plainl y . Jesus commanded them not to tell anyone. But the more he did so, the more they kept talking about it.   People were overwhelmed wi t h a m azemen t . “ He has done everything wel l ,” they said. “He even makes the deaf hear and the mute speak.” As I read this today; the opening of the ears and the loosening of the tongue reminded me of the rebirth of the one that
Post a Comment
Read more
More posts