How Would You Respond | Believe in the Impossible 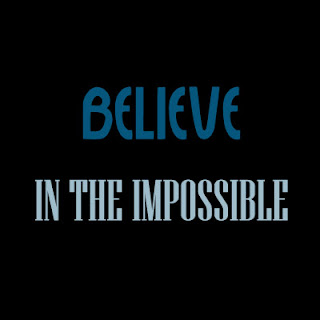 Zechariah's visit. The background here is that Zechariah had been praying to the Lord. His wife Elizabeth was barren. Gabriel makes his presence known to Zachariah as he is serving in the temple and replies, do not be afraid.

Here comes the answer to Zechariah's prayer, to his plea; God has heard him. The answer delivered in an unexpected way.

In addition, Gabriel begins to describe the answer to his prayer; a child, a boy; careful to name him John. He will be great in the sight of the Lord, filled with the Holy Spirit even from birth. He will bring back many to the Lord their God, turning the hearts of the fathers to their children and the disobedient to the wisdom of the righteous-to make ready a people for the Lord.

BUT Zechariah responds, wait a minute, just a second, say that again... How can I be sure of this? Excuses rolled too quickly; he's probably thinking and eventually blurts it out, I’m too old. He thinking, my wife is too old (I’m sure Elizabeth would not even appreciate that comment)

Gabriel who stands in the presence of God said …”I was sent to speak to you and tell you this good news”. Zechariah had prayed; he & his wife had sought the Lord; they wanted a child. The Lord heard them, responded not with just any child but with the forerunner to Christ; the Savior of the world and Zechariah responds, How can I be sure? That's when the conversation and even further details ended.

How can you be sure, he asks? Zachariah...did you not just ask the Lord of Creation to help you, and for how long were you pleading? Did you not ask and even believed that God would answer your prayer? Perhaps it was not how you expected the answer to arrive. As I read this, I see this as the issue that caused Zechariah to leave the temple mute as opposed to praising the Lord with his own tongue. He lost the opportunity to glorify God and was silenced.

Mary's visit. A humble servant of the Lord. She too is afraid as Gabriel appears. Again, Gabriel reassures her, don’t be afraid.

This visit would unfold the miracle foretold, a virgin will be with child (Isaiah 7:14). A message sent to a young girl; a message that changed the world forever.

The angel describes the child. His name will be Jesus. He will be great and called the son of the Most High. He will have the throne of David. He will reign over the house of Jacob forever and his kingdom will never end.

Mary's responds: How will this be?

Mary’s question to Gabriel was not how can, but how will.

As I read this passage of Scripture I saw two different responses; one had doubt; maybe he gave it too much thought. The other response was quickly blanketed in faith; she believed and had confidence in God’s messenger; that the promise would come to pass. Then Gabriel unfolds the “how will”. The conversation continues and the full message unfolds.

Just me thinking...maybe there was more to Zechariah's message, but his answer caused Gabriel to bring the message to a halt... the message stopped.

The Holy Spirit will come upon you, and the power of the Most High will overshadow you. The holy one to be born will be called the Son of God! Mary responds, I am your servant, May it be to me as you have said. Quick belief in her heart caused praise to roll off her tongue. She was praising God before the birth of the child. When she saw Elizabeth the Word says she began to sing…My soul glorifies the Lord and my spirit rejoices in God me Savior. Praise was not hindered! God was believed and he received the praise due His Name!

I want to learn from Zechariah and Mary. I want to know how to respond when God comes with an answer to my cry.

How great is God’s mercy, later we read, after the birth of John, that Zachariah's mouth was opened and his tongue was loosed and he began to Praise God!! The song flowed right from his heart and through his lips; Praise be to the Lord, the God of Israel because he has come and had redeemed his people.

I have read this twice this week. How often do we cry out to the Lord; Lord help me, help my child, I need a job, my health is failing, my family is falling apart, I wrestle with fear, I can’t pay the bills, help me Lord! The Word of God says, the eyes of the Lord are on the righteous (Psalm 34:15)

The righteous cry out and the Lord hears them (Psalm 34:17). I have compared these two responses because when God answers the cry of my heart, when he comes to rescue me from dire situations, when he comes with the healing balm or the solution to that which troubles my heart and keeps me awake at night....I want to respond correctly.

I want my heart to be ready so that when I see God move on my behalf I don't begin to say, but How can I be sure? Lord did you get this right? Father but is this possible? I want to respond and believe.

Doubt caused Zechariah to leave in silence. I wonder what was going on in Zechariah’s heart
as he waited in silence. The Word does not say, but I know I would have been kicking myself…

Liz you missed Him, you doubted, why not believe?

I’m not trying to point a finger toward Zechariah as if he is unique; yes he was a priest, the Word says he was upright in the sight of God, observed all the commandments blamelessly; he worshiped the Lord and had cried out to the One that could help him. So how did he miss God?

If I'm not careful; if I try to rationalize the answers that God sends to my heart's cry, I too could miss him. Spirit of God don't let me be blind or deaf to the answers you send me lest I might be made mute and rob you of the praise due your Name.