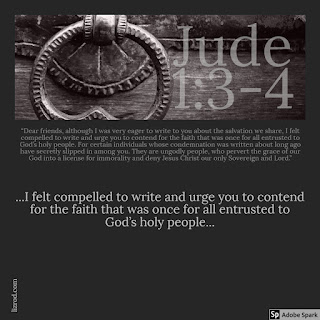 I watched an interesting movie today. A little grisly but the plot was stimulating.
Something filled the atmosphere and caused those whose eyes were open and engaging with their environment (which would be everyone) to face their worse fears to their ultimate demise. I did say it was a little grisly!

The fascinating plot unfolds. There were a few who discovered that if they blind-folded their eyes they could evade this evil. Many interesting twists and turns as the story continues to the end.

From the very beginning it was like a parable. Those that could see would die and those that were blind-folded were safer.

In the story of the blind man’s investigation in the Book of John (John 9:13-24) the Pharisees question the now restored man and badger him regarding his healing. The man answers their question by saying, “Whether he is a sinner or not, I don’t know. One thing I do know. I was blind but now I see!” (v25)

Jesus was letting the world know that those who claimed their own righteousness would be justified by their own sinful efforts. Those who humbly came to Jesus knowing their own brokenness and sin, those Jesus would restore! The blind would have sight while those who could see would remain blind.

As the cinema continues, the main character who has an emotional detachment issue has to face her own fears. She finally overcomes by keeping her eyes closed and running toward the place of rescue. Through many toils and snares she reaches the place of salvation and security for her and her children.

I cheered, screamed and finally was able to breath as she enters the place where the birds are chirping, and safe haven is hers to dwell in. Interestingly, the place of refuge was a camp for the blind.

I love to dissect movies and their message to the viewer (me). This had an underlying message right out of the Word of God.

In the middle of the movie a stranger appears at the door where these few strangers are huddled together. Some urged and fought, contended not to let the stranger in. Nevertheless, the stranger is welcomed in. He seems to fit right in with them. The warning should have been adhered to. The man was an impostor desiring to bring chaos. He slipped right in bringing death inside their sanctuary.

The warning is sounded right out of the book of Jude. “Dear friends, although I was very eager to write to you about the salvation we share, I felt compelled to write and urge you to contend for the faith that was once for all entrusted to God’s holy people. For certain individuals whose condemnation was written about long ago have secretly slipped in among you. They are ungodly people, who pervert the grace of our God into a license for immorality and deny Jesus Christ our only Sovereign and Lord.” (Jude 1:3-4)

“Be alert and of sober mind. Your enemy the devil prowls around like a roaring lion looking for someone to devour.” (1 Peter 5:8)

“And pray in the Spirit on all occasions with all kinds of prayers and requests. With this in mind, be alert and always keep on praying for all the Lord’s people.” (Ephesians 6:18)

The alarm has been sounded! Contend for the truth. We must be careful not to allow compromise to mix with truth. Watered-down truth is no longer truth.

Jesus, the Savior of the world has arrived. He is the way the truth and the life! (John 14:6)