A time of worship. 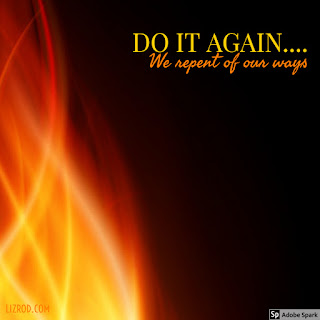 Elijah a Prophet of God calls together a time of reckoning as Ahab the king of Israel took Israel deeper and deeper away from the Lord and from worshiping the One True God!

Elijah commands Ahab to summon the people from all over Israel and to meet him on Mount Carmel. (1 Kings 18:19) He asks him to bring the fifty prophets of Baal and the four hundred prophets of Asherah who eat at Jezebel’s table.

Ahab sent word throughout all Israel and assembled the prophets on Mount Carmel. (v20)

This showdown was intense.

Elijah will not only make a spectacle of the prophets but will very methodically begin to give honor to God in front of the entire assembly.

Israel had failed to serve the God who delivered them from Egypt. The God who revealed himself to  repeatedly.

Look how the Lord uses Elijah to call their attention to the past and to the present.

Elijah says to the people “come to me.” He begins to repair the altar of the Lord which had been torn down. (v30)

Elijah is setting the stage for a worship service!

Elijah took twelve stones, one for each of the tribes descended from Jacob, to whom the word of the Lord had come, saying, “Your name shall be Israel.” (v31)

He reminds them where they came from. Twelve tribes scattered, with descendants looking at Elijah minister life to them again. A wake-up call! He reminds them they had an identity and repeats it to them. God knows your name. Actually, he gave you the name!

He takes the sacrifice, a bull cut into pieces and arranges it on the alter. (v33)

Here is the opportunity presented to them. Draw close to God!  With every stone placed I believe the reminder is clear.  God's people who had been called out of bondage and given the the land which they occupied had misrepresented God.

God’s people had become defiled by choosing to bow down to idols.

In our contemporary world, we enter sanctuaries and gather in our beautifully decorated buildings. But the call is the same.

Draw near to me. Come close my child whom I have called by name. Repent and turn back to me.

“Then the fire of the lord fell and burned up the sacrifice, the wood, the stones and the soil, and also licked up the water in the trench.” (v38)

And today, as the Holy Spirit makes his presence known and we allow our hearts to be convicted, restored and renewed we too will fall prostrate and cry, “The Lord he is God.” (v30)

When we have strayed and somehow feel like there is a chasm between us and the Lord, what must we do?

Cry out to God repent and let him remind us again that we are his. His mercy today reached us a long time ago and continues to draw us to himself today.

“But you have an anointing from the Holy One, and all of you know the truth. I do not write to you because you do not know the truth, but because you do know it and because no lie comes from the truth. Who is the liar? It is whoever denies that Jesus is the Christ. Such a person is the antichrist—denying the Father and the Son. No one who denies the Son has the Father; whoever acknowledges the Son has the Father also. As for you, see that what you have heard from the beginning remains in you. If it does, you also will remain in the Son and in the Father. And this is what he promised us—eternal life.” (I John 2:20-25)

We repent. Restore us again.

(Lyrics by Elevation Worship, Do it Again)