A recent video that was circulated in the news caused me to rethink the verse that says, 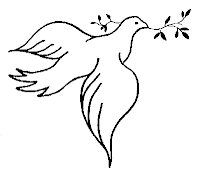 Be alert and of sober mind. Your enemy the devil prowls around like a roaring lion looking for someone to devour. 1 Peter 5:8
According to the report, the attendants of the vehicle were bickering. Over what, we don't know.
As they lowered their guard their real enemy was lurking where they could not see it, but it surely saw them.
That graphic video was horrifying. He pounced with a vengeance to their demise. And the two were no more.

We have one enemy that looks to destroy, divide and diminish the effects of the Kingdom of God.

The thief comes only to steal and kill and destroy; I have come that they may have life, and have it to the full. John 10:10