Another Lesson from the Garden 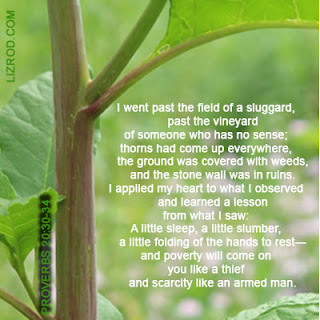 It looked a little different but nevertheless I continued to tend to it. I watered it, just like its neighboring vegetation. It grew tall and strong. It even looked healthier than the ones near it.

I decided to take a closer look and sure enough it was healthy. Its strength was evident in its now thick stem. Its been a few weeks. Why hasn’t it produced fruit? It kind of looks like it could be a banana pepper plant, but I think I only planted 2 this year.

I go inside the house a get some sturdy yarn to tie it up. It seems it needs some help standing tall because its laying out all over my garden box. So, I tie it. Then I tie it some more to ensure it will continue to flourish.

As I sit outside I began to look around and noticed some weeds popping up behind my garden. At a closer look, the familiarity was startling. The weeds look like an immature replica of what I just propped up!

I called my husband outside and asked, “does this plant that I just bundled up and propped with yarn look like a weed?”

No sooner than he said, “yes”, I ran inside and got the scissors. Cut it down! It’s good for nothing! But don’t pull the good pepper plant with this imposter!

Wow, I need to get some gardening lessons! I was feeding the enemy, the destroyer of the fruit! This weed was reducing productivity and it had invaded a third of the garden box. The thick stem was evidence of its aggressive growth. If I had waited any longer I might have lost the upcoming fruit.

I need to be more alert and pay closer attention! No more sunbathing, I need to do more gardening!

I went past the field of a sluggard,
past the vineyard of someone who has no sense;
thorns had come up everywhere,
the ground was covered with weeds,
and the stone wall was in ruins.
I applied my heart to what I observed
and learned a lesson from what I saw:
A little sleep, a little slumber,
a little folding of the hands to rest—
and poverty will come on you like a thief
and scarcity like an armed man.