How Long Should We Wait? 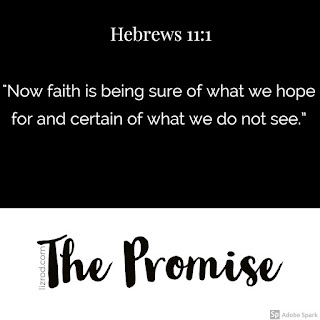 “Now faith is being sure of what we hope for and certain of what we do not see.” (Hebrews 11:1)

How exciting when the Lord speaks to us and he gives us a promise, a hope, a vision of things to come!


But how long do we have to wait?

When I was young, I often would wait outside for my dad to arrive home from work. I would look down 5-long blocks waiting for his shadow to appear from a distance. This was my proof that he was walking toward me and soon I would see him. I could tell based on “his walk” the strides he took that it was indeed him, even though I could not clearly see him. Because I knew my dad, his ways and yes even his walk, I was sure it was him.

As I was praying this morning and crying out to the Lord, I felt the same question echo in my soul. Well, perhaps it echoed in as a thought. Thoughts are not always from God or even mine. The enemy knows how to put thoughts in our mind as well. He encourages us to entertain the doubt instead of the hope and to think on how we can cancel the promise that God has told us to hold on too.

How long did Abraham wait for a son, the promised son? When Isaac was dying, he blessed his children based on the continued faith that Abraham had that God would make a “great people” for himself and bless them. Jacob continues and blesses his children including Joseph’s children. Joseph speaks of an exodus, a release from bondage and commands that his bones be taken with the exodus of God’s people.

How long should we wait?

When the promise comes from the Lord who operates outside of time, how long is too long?

He reminded me today just like I knew that my dad was walking home toward me from a distance; I knew his strides and steps though I only saw a shadow, that the same assurance is also mine based on who God says he is in his Word! We don’t see everything in front of us today but there is an assurance rising that points toward what we have yet to see.

Abel was commended. Enoch, Noah, Abraham and on and on. They waited for the Promise of the Messiah to arrive.

“Concerning this salvation, the prophets, who spoke of the grace that was to come to you, searched intently and with the greatest care, trying to find out the time and circumstances to which the Spirit of Christ in them was pointing when he predicted the sufferings of the Messiah and the glories that would follow. It was revealed to them that they were not serving themselves but you, when they spoke of the things that have now been told you by those who have preached the gospel to you by the Holy Spirit sent from heaven. Even angels long to look into these things.” (1 Peter 1:10-12)

They never saw Jesus but held on to the promise.

When Abraham received the promise, it kept unfolding from generation to generation.  They entered the Promise Land, were delivered from bondage and ultimately hundreds of years later the Deliverer entered time! The Promise was that God would reveal himself and deliver, set them free and bring them back to himself. It was about the Salvation that was to come.

Today, the Holy Spirit continues to speak hope into our lives. Salvation has come! Jesus is alive!

If the Lord said to me that he will bring healing than the Healer will heal. I don’t know how or when, but restoration is coming.

What are you waiting on? Will the one addicted to drugs ever be set free? Will the rebellious child ever return? How will we pay our bills? And on and on we cry out!

But the enemy whispers, the debt is too much. They are too far gone. It will never happen.

Has it been too long? Hold on. He who is faithful is coming!

“And without faith it is impossible to please God, because anyone who comes to him must believe that he exists and that he rewards those who earnestly seek him.” (Hebrews 11:6)

I love the promise in Isaiah 40:10, “See, the Sovereign Lord comes with power, and he rules with a mighty arm. See, his reward is with him, and his recompense accompanies him.” And indeed, he did come!

It's a crisp morning.  There are leaves all over the backyard.  My feet crush them as I stroll about my deck making that beautiful britt...